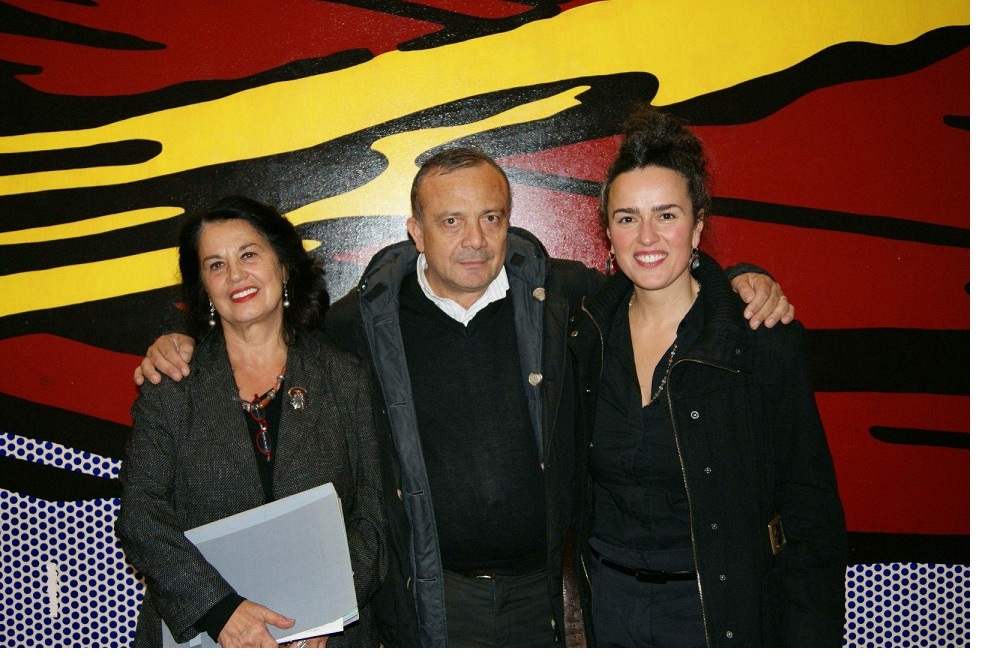 On the 2nd of November 2011 the Sicilian Giovanni Impastato, who fights against the mafia, was invited in Düsseldorf and Cologne, in order to present his book Resistere a Mafiopoli (Resist Mafiopolis) at the Heinrich-Heine-University and at the Filmhaus Cologne. In this book Giovanni Impastato tells the story of his brother Peppino Impastato to the music journalist Franco Vassia (co-editor). Peppino Impastato was an activist in the fight against the mafia and was murdered by the Cosa nostra in 1978. After the death of his older brother Giovanni Impastato went on fighting against the mafia together with his friends and family.
The encounter with Giovanni Impastato, his touching story and his plea for a nonviolent and democratic society have moved the students at the University Düsseldorf as well as the mainly italian audience at the Fimhaus Cologne. After the book presentation of two hours, Giovanni Impastato and his guests continued their conversation with a glass of wine.
The presentation was organised by Prof. Vittoria Borsò and Aurora Rodonò of the Institute for Romance studies at the Heinrich-Heine-University Düsseldorf in cooperation with Cultura21 (Davide Brocchi) and the Filmhaus Cologne.
Links: http://www.peppinoimpastato.com/index.asp and http://www.centroimpastato.it/

Janna was BA-student in cultural sciences at the Leuphana University Lueneburg, and did a 5-months internship at Cultura21 in the framework of the Leuphana PLUS program. Janna war Studentin der Angewandten Kulturwissenschaften an der Leuphana Universität Lüneburg und absolvierte im Rahmen des Leuphana Plus Programms ein fünfmonatiges Praktikum bei Cultura21.

View all of Janna's posts.